We've been asked to take part in a blog tour for Impossible Spaces, a new anthology of short stories published by Manchester small press Hic Dragones. Given that the editor - Hannah Kate (aka Dr Hannah Priest) - is one of our committee members, and one of the contributors - Daisy Black - is a PhD student in Medieval English at the University of Manchester, we were happy to be involved in spreading the word about the book.

Today we welcome Rachel Yelding, one of twenty-one writers to be included in the book. Rachel has a BA in Music and Creative Writing from Roehampton University and an MA in Screenwriting from the National Film and Television School, and her story in Impossible Spaces ('I'd Lock it with a Zipper') is her first short story publication. Her fantasy screenplay, Paradise, recently reached the quarter finals of the Screenwriting Goldmine Awards. Rachel has a keen interest in folklore and myth, and so we asked her to talk about the traditions that have inspired her writing. 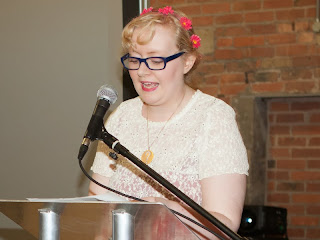 Hello Manchester Medieval Society. My name's Rachel Yelding, I’m a writer and filmmaker based in Kent. Kent is quite a varied county; we have everything from coasts to marshes to miles upon miles of rolling fields (hence the nickname 'The Garden of England') all the way up to bustling cities. Our most famous city being the medieval gem, Canterbury. Due to this variety we have our fair share of folklore and traditions both old and new. We beat the bounds and look for any excuse to break out the Morris dancers. Find yourself in Romney Marsh, and you can take part in the Day of Syn to celebrate the Scarecrow of Romney Marsh, Dr Syn. The Whitstable Oyster Festival is a combination of both the ancient and the modern, reviving the Norman tradition of giving thanks to the sea and the blessing and landing of the oysters whilst the 2007-born Whitstable giants Captain Sam and his wife are paraded through town. Prefer canals to fishing boats? Every other year in Hythe is the Hythe Venetian Fete. The list goes on and on but one thing is for sure, living in Kent has instilled in me a love for mythology and folklore.

My folklore hunger knows no bounds (you could play bingo with the amount of times an ancient Greek pomegranate appears in the grasp of one of my otherworldly characters), with my favourites being British and Japanese. In fact, my very first short script took characters from Japanese folklore, anglicised them and combined them with traditional British folklore. Because of this I would like to share with you my top five favourite characters and aspects from British and Japanese folklore.

British Folklore
I find it a terrible shame that a British person can tell you exponentially more about Roman and Greek folklore than they can the folklore of the land they are standing on, so I hope my five choices will inspire people to delve a little deeper into the mythical history of the British Isles.

Rowan
Rowan is a shrub with (usually) red berries found all across the UK. Everyone knows a rowan bush by sight even if they cannot name it, which is why I love that there is so much myth and folklore around this small tree. Some people even refuse to cut it down. I know I would be nervous too if I believed that the tree was where the Devil hung his mother from! A more positive folklore of the rowan is that if you carry a sprig with you or hang a branch from your door you will be protected from evil spirits and witches. Many aspects of British folklore are referenced in my work Paradise, including this aspect of the rowan. Should an evil spirit touch a mere leaf they will be turned mortal. A terrible fate indeed!

Jenny Greenteeth
Jenny is the English equivalent of a siren or Lorelei. She lurks in water, waiting to lure the young and elderly closer so that she can drown them in her long, winding hair and eat them with her sharp, pointy teeth. With her green skin, she is the embodiment of the treacherous pondweed that so often tangles itself around unsuspecting swimmers and was probably created to warn children away from lakes and rivers containing such weed. In my opinion nothing beats a seductive woman just waiting to drag you to your doom. As a female writer who uses it, I find it a classic and empowering trope.

Corn Dolly
If you’ve read my Impossible Spaces story, 'I’d Lock it with a Zipper', you may have guessed that at the bottom of my garden is a cornfield (though I’m pretty certain the farmer doesn’t hold to this tradition). Much like the Queen has Sandringham, a corn dolly is the corn spirit’s winter residence. In the autumn, after ploughing their field, the farmer takes some of the harvest and constructs the dolly (which can take many forms, not just that of a human) for the corn spirit to live in. The dolly is kept in the safety of the farmer’s house until spring when it is ploughed back into the field so that the corn spirit can give life to the new seeds.

Green Man
If you like your pubs then there’s a good chance you’ll have drunk in a pub called the Green Man. He also appears as leaf-covered faces carved into church lintels and on tombstones due to his association with nature and rebirth. He may sometimes also appear in more traditional Morris dancing tableaus completely covered in leaves, as Jack in the Green. I love that somehow today he is as much connected to alcohol as he is to being green, so maybe that is why in my world of Paradise he appears as the spirit hotel’s bartender, all tall and green and wearing nothing but an artfully positioned leaf.

Black Dog
There are many famous black dogs in English folklore, such as the Barghest and Black Shuck. You may know of black dogs thanks to The Hound of the Baskervilles or because Winston Churchill described his experiences with depression as a ‘black dog’ - and for good reason as the black dog is a spirit that literally hounds its chosen victim until their death. Much larger than normal dogs and with ink-black coats and glowing eyes, black dogs are wonderfully dramatic and (thanks to Churchill) also great visual metaphors. In Paradise Death takes the form of a giant black fox when hunting for spirits, combining the idea of the black dog with another of my favourite folkloric characters, which I will mention later.

Japanese folklore is much more popular and well known in Japan that British folklore is in Britain, probably due to the fact that the majority if the characters are rooted in Shinto, a religion followed by around 80 per cent of the population. There is a shrine on nearly every street corner and most towns have special festivals. Characters from folklore appear in traditional Japanese writing as well as in modern film, computer games, anime and manga, and thanks to such international powerhouses as Studio Ghibli you may have seen references to Japanese folklore without even realising it.

Izanagi and Izanami
I love the tale of the gods Izanagi and Izanami, as it is a lesson that no matter how many bombs we drop on each other we are all related by being members of the same human race. Why? Because the tale is almost exactly the same as that of Persephone, despite the ancient Japanese having (as far as we know) absolutely no contact with the ancient Greeks. When Izanagi’s wife (and sister) Izanami dies after giving birth to the fire god Kagu-tsuchi, Izanagi goes to the underworld to bring her back with him; however, a terrible thing has happened, she has eaten the food of the dead and is trapped in the underworld forever.

Amefurikozo
The Japanese have a spirit for everything, and the amefurikozo is the spirit that makes it rain. He is usually a little boy carrying an umbrella either in one hand or as a hat and carrying a lantern in the other. I find it very apt that the rain spirit should be a little boy, as little boys love messing about in the rain. I can imagine him in galoshes or welly boots jumping in the puddles he has just made.

Hyakki Yagyo
Hyakki Yagyo means 'Night Parade of One Hundred Demons' and is most recognisable to westerners as the cat parade in Studio Ghibli’s The Cat Returns and Operation Poltergeist in Pom Poko. It occurs in summer nights where yokai (the general name for Japanese spirits and demons) parade through the Japanese streets by lantern light. Anyone who has attended a midnight parade will know just how strong an image this is, especially a Japanese parade such as the Takayama matsuris where percussion are beaten, dragon dancers bless the streets and elaborate, beautiful floats are carried about town.

Tsukumogami
Did you know that after 100 years even inanimate objects develop spirits? That is what tsukumogami are. I find that an absolutely magical idea. People would be so much more respectful of their objects if they thought they had lives of their own. Strangely though, the idea that objects such as shoes and lamps have spirits is harder for some westerners to understand than the idea that abstract concepts such as Death, Love and Jazz have spirits... weird. This difficulty is something to be aware when writing, but don’t be put off. The lead male in Paradise is the spirit of a whole hotel, but I haven’t met a single person who after a few pages has let that get in the way of enjoying him as a character.

Kitsune
Kitsune and foxes in general are my favourite folklore images of all time and appear in hundreds of tales across the world. I can understand why. I think they are absolutely beautiful and magical with their glowing eyes and silent scampering through the night. Kitsune are fox spirits with multiple tails (three for young kitsune and up to twelve for century old spirits), usually either silver or gold in colour, who have amazing magical abilities. Much like foxes in other countries’ mythologies, the kitsune range from tricksters to seductive murderesses. I think it is easy to understand why people would think a fox is a woman in disguise if you have ever heard their otherworldly shriek that sounds like a female screaming. Foxes and kitsune appear in all my writing which have night scenes in, from a cameo in The Automated Heart to three separate characters in Paradise. I don’t think I will ever get bored of the allure and mystery of the fox. When I visited Kyoto’s Fushimi Inari-taisha temple (famous for its thousand gates, as seen in Memoirs of a Geisha) I even brought back a stuffed fox (the temple’s guardian spirit) so that I would always have a kitsune with me.

For more information about Rachel and her writing, please visit her website. 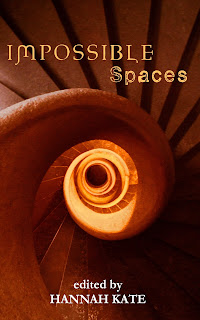 Posted by Medieval Society at 12:57